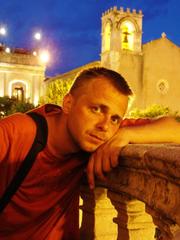 B. 3 April 1971 in Siedlce. MA (Hons) 1995, Institute of History, University of Warsaw. MA dissertation devoted to the religious topography of cities in the Middle Ages written under Prof. Roman Michałowski’s supervision. Has worked at the Institute of History, University of Warsaw, since 1996; as assistant professor since 2004. PhD 2004 on the basis of a thesis devoted to the Gregorian Reform in Poland (supervisor: Prof. Roman Michałowski). The thesis was published as part of the “FNP Monograph” series: Recepcja idei gregoriańskich w Polsce do początku XIII wieku, Wrocław 2005. Post-doctoral degree (habilitacja) 2012 on the basis of a book entitled Mury Sodomy. Piotra Damianiego Księga Gomory i walka z sodomią wśród kleru, Kraków 2011. Research interests: social history of the Middle Ages, history of the medieval Church, sexuality in the Middle Ages, influence of the Christian West on Polish culture in the early Piast period. Since 2007 secretary of the editorial board of Przegląd Historyczny, since 2007 member of the quarterly’s editorial board, since 2013 its deputy editor-in-chief. Since 1999 member of the editorial board of Repertorium Fontium Historiae Medii Aevi (Rome).