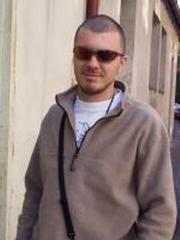 PhD 2007, Institute of History, University of Warsaw, under Prof. Jerzy Tomaszewski’s supervision. Research interests include social history of the 19th century, especially history of the Jews within the sphere of influence of the Russian Empire, anti-Jewish violence and conversion.
Scholarships: Polityka weekly, Foundation for Polish Science, Lanckoroński Foundation, Ministry of Science and Higher Education; research fellowship at the University of Notre Dame 2012-2013; head of a research project devoted to pogroms of Jews in Poland in the 19th and 20th centuries; coordinator of a project preparing a selection of sources devoted to the functioning of the Jewish self-government in Poland from the Middle Ages till the present, jointly carried out by the Institute of History, University of Warsaw, and UCL.