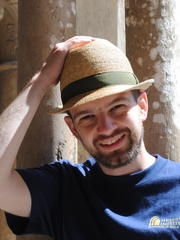 Born in 1982 in Warsaw. Studied at the Institute of History, University of Warsaw, and Queen’s University in Belfast (Socrates-Erasmus); MA (Hons) 2006. MA dissertation devoted to the image of marriage in 10th and 11th century hagiographic sources written under Prof. Roman Michałowski’s supervision; the dissertation was published in the Fasciculi Historici Novi series. Scholarship from the Minister of National Education. Doctoral student in 2006-2011 at the Faculty of History, University of Warsaw. “Start” scholarship from the Foundation for Polish Science during the work on the PhD thesis; summer semester of the 2008-2009 academic year spent at Christian-Albrechts-Universität in Kiel on a scholarship from the Bonn-based KAAD Foundation. PhD with honours awarded in 2011. PhD thesis, supervised by Prof. Roman Michałowski, was devoted to the role of women in the Piast dynasty until the mid-12th century. It won an award of the Prime Minister of Poland and was published in the “FNP Monograph” series. 2011-2012: research fellow at the Department of History, University of Notre Dame (Garstka Fellowship), 2012-2015: post-doc at the Institute of History, Adam Mickiewicz University – National Science Centre post-doctoral internship and research devoted to Queen Richeza. Other scholarships: Homing Plus programme of the Foundation for Polish science and Minister of Science and Higher Education scholarship for young scholars.
Research interests: Early and High Middle Ages (Polish and European History): social role of women, queenship, ideology of power, hagiography and the cult of saints, the cult of the Virgin Mary, monasticism.
Since 2006 member of the editorial board of the "Więź" quarterly.