The Presbyters in the Late Antique West 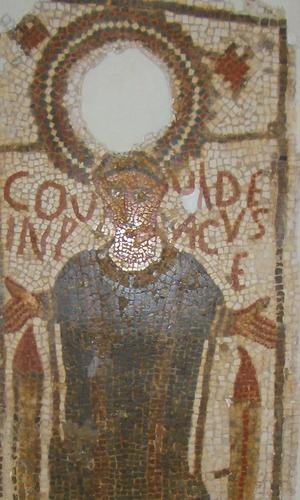 The project aims at understanding and describing the role played by the presbyters in the ecclesiastical and social life of the Late Antique West, from the late 3rd century to the end of the 7th century. The research will be carried out in four areas: institutional, social and economic and in the field of mentality. In each of them a particular interest will be paid to the evolution of the phenomenon and differences between diverse regions of the western Christendom.
The strength of the project lies in the wide and systematic research focused on the hundreds of rank-and-file presbyters, most of them known only from a single piece of evidence, and not, as hitherto, on outstanding individuals. This will be done through the use of the whole literary, normative and epigraphic evidence from Africa, Italy, Gaul, Spain, Britain and the Danube provinces. For most of these regions the evidence will be collected for the first time, for others it will be largely complemented. The prosopographical material obtained in this way will be assembled within a searchable on-line database which will allow finding and sorting diverse data, hardly accessible up to now, concerning origin, career, social links, property and economic activity of presbyters. This massive evidence will be used in three ways: through a cautious employment of quantitative methods to the entire material, through a careful microanalysis of well documented case studies and through a systematic setting it against normative sources.
The project which will allow to see, for the first time, hundreds of lower clergymen, will provide a new comprehension of the actual function of late antique Churches. It will also contribute to a better understanding of social mechanisms, particularly those which influenced social mobility and the emergence of social barriers. The searchable on-line database created for the purpose of the project will be an important tool for international scholars working on diverse problems of social and Church history of Late Antiquity and Early Middle Ages.