Epiphanies of the Saints in Late-antique Greek Literature 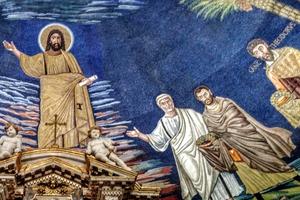 The project focuses on how the apparitions of Christian saints were represented in Greek literature from the 3rd to the 7th centuries AD. Its aim is to analyze cultural underpinnings of these descriptions. The most abundant and interesting material for this study is to be found in the literary genre known as the miracula, i.e. miracle collections. Along with other literary texts, these sources are used in an attempt to reconstruct the religious mentality of the period commonly referred to as Late Antiquity. Of particular interest here are the miracle collections of Saint Artemios, of Saint Theodore the Recruit, as well as those of Cosmas and Damian, and Cyrus and John.
Far from the image of heroic martyrs, known from the early Christian martyrdoms on the one hand, and from the noble figures of modern saints, more attuned to our sense of esthetics, on the other, the saints in late-antique miracle collections happen to be militant, eccentric, playful, and frivolous. They are overall endowed with lively and dynamic personalities. Likewise, their modus operandi reflects their nature. They tend to perform miracles in a very spectacular way which often implies that their epiphanies are disguised and the instructions they give to their followers are odd, ambiguous, and seemingly deceitful. These ‘playful’ epiphanies which make us think of the saints as tricksters are of particular interest for this project. The key question, which it aims to answer, is the origin and rationale behind these idiosyncrasies of the saintly epiphanies.