Greek aristocratic culture (8th-5th centuries B.C.): the life-styles and the systems of values 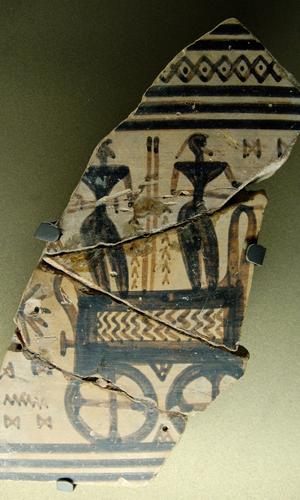 Among the most important cultural phenomena the European culture owes to the Greeks of the archaic period (from Homer to Pericles, roughly speaking), one should mention the ideals of athletic competition, a mythology focused on the successes and downfalls of semi-divine heroes, a lyric poetry articulating the emotional depths of an individual. Their common denominator is a combination of unbridled individualism with the spirit of competition, an ambition to stand out from one’s community in a rivalry between its paramount members.
The aforementioned cultural phenomena stem from the ideals and from the life-styles of a particular social group, namely those of the Greek aristocrats of the archaic period. In this project we intend to study their life-styles and their systems of values.
We will focus on multiple aspects of this issue, dealing with the material symbols of their status, such as the forms of aristocratic burials, but also with their peculiar erotic ethics, their rules of athletic competition, or the organisation of the nocturnal aristocratic banquet, the symposion. In all these areas, the social prestige of an aristocrat depended on a constant rivalry on an equal footing with one’s fellow-aristocrats. The athletic games, but also the symposion are but a series of formalised contests in traditional cultural skills, from the impromptu poetic performances during a banquet to the purely conventional discus-throwing matches.
In the Greek realities, the aristocratic status did not result from a long noble bloodline, immense wealth, or a special legal status. It was based on a duly ostentatious life-style, whose crucial element was mastering a variety of cultural skills. The aristocratic culture was attractive to the Greeks regardless of their current material standing, because virtually all the well-to-do citizens of the Greek cities could aspire to the aristocratic status. Therefore, this  aristocratic culture combined the attributes of an élite-culture with those of a popular culture and it bequeathed this unique universal appeal to such fundamental phenomena of the classical culture as the Attic theatre. Thus, among the most important sources of the classical Greek culture one should also mention the system of values and the life-styles of the archaic Greek aristocracy.