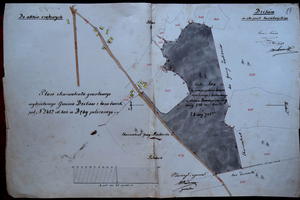 Scientific competition of National Center of Science – SONATINA 1. Research project under the title “The conflicts of easements in Galicia in the second half on 19th century. The process of redemption and regulation of easements in the area of Middle Galicia”.
The main purpose of this project is to take a comprehensive analysis and interpretation of conflicts of easements and the process of their regulation and redemption. Research area includes twelve counties since 1867, which are referred in the project as "Central Galicia" and the time frames are dictated by important historical facts as enfranchisement and the abolition of serfdom in Galicia and by rich sources base. The issue of conflicts of easements or right to easements to collecting from forests firewood, wood to building materials, forest litter and grazing the cattle on the pastures and meadows was visible in the first half of the nineteenth century.
Mass conflicts occurred in the second half of the century, as a result of dragged reform governing about easements. Patent of emperor from 1853 and implementing regulations published two years later assumed the abolition of easements for compensation for the peasants. The value of rights was estimated and transmitted by landowners to the village in the form of cash or separate part from the manor forest. In practice, the regulation of easements has proved to be extremely difficult to achieve, and the amicable settlement was a rarity. Most often occurred to the conflict between the village and manor, and the flashpoint was the value of easement, the amount of compensation for the abolished rights or the separate part of the manor forest. The problem of regulation and easement redemption was so serious that tens of thousands of disputes were sent to the courts in the second half of the nineteenth century, and in the same eastern Galicia were recorded hundreds of peasant speeches.