Chivalric migrations to the Czech Lands under the Přemyslids and the early Luxembourgs (cc. 1150 - 1350) 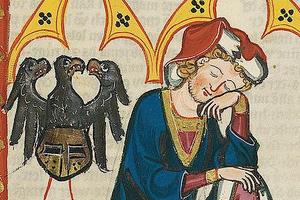 Presented research project concernes one of the most important social phenomena of the high medieval Central Europe: migrations, interethnic relations and social change, that occurred during the great transformation of the „long 13th century”. The principal aim is an examination of social, cultural and political impact of the influx of foreign chivalry in Bohemia and Moravia in the period from mid-twelfth up to the first half of the fourteenth century. Aforementioned chronological span includes the last one and a half a century of Přemyslides’ rule and the whole reign of the first member of a new dynasty - John of Luxemburg. Basing on the initial diagnosis of the subject, following observations and presuppositions can be formulated already at this early stage of research: the biggest wave of chivalric migration occurred in the second half of the thirteenth century- political events in the years 1248 – 1250, i.e. the great crisis of king Wenzel’s I rulership caused by noble revolt, seem to be essential for further development. The chronology of the migrations is consistent with the parallel phenomena occurring in contemporary Silesian duchies, although quantitative scale seems to be less comparable. The Czech lands seem to be visitied by foreign wariors and noblemen less frequently than Silesia, although this impression may be a matter of peculiarity of the source material. Only the most socially distingiushed guests and newcomers could emerge more consistently as witnesses in royal charters. It means that there were a much larger difficulties in accessing the royal court and making careers in the Czech Lands, than in neighboring smaller principalities of Silesia. Directions of immigrants’ influx  however appear to be congruent, with clear dominance of eastern territories of the German Reich – Saxony, Upper Lusatia, March of Meissen and Thuringia. The most significant determinants of migration should be examined:  i.e. social conditions in the country of origin, knowledge and notions about the Czech Lands and their rulers in abroad, factors of careers,  acculturation and assimilation process of newcomers, as well as their political, economical and cultural impact on social transformation of the Czech lands.
The phenomenon of migrations of foreign chivalry to the Czech lands in the Middle Ages was untill now subject of a comprehensive study. Little attention was paid to it mostly in the older German literature before World War II. These works were in fact restricted to the monographic studies on several families of newcomers. Lack of proper prosopograghical recognition have led sometimes to the misidentifications and classifying some newcomers as families of Czech origin Recognition of the title problem, however, is crucial for understanding cultural processes as well as social and ethnic transformations taking place in Central Europe during the 13th century. The Czech lands due to its political and geographical proximity toward the territories of the German Reich, from where the biggest wave of migration came (ie. Thuringia, Saxony, Meissen Mark) and Silesia, were a very important place on the route of chivalric wanderers. In contrast to the magisterial and model studies on chivalric migration issues for Silesia by Tomasz Jurek (1997), and recently for Western Pomerania by Krzysztof Guzikowski (2014), lack of similar study for the Czech lands should be regarded as a severe shortcoming of the research. Ambition of this project is to fulfill this gap. Findings will be published in the form of a book and articles.