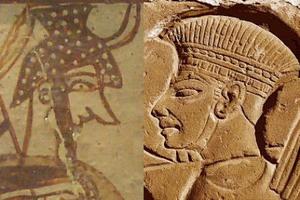 The project deals with the essence of relations between the cultures of the Aegean Sea Basin and the Middle East (ca 1300-900 BC). The temporal framework has been chosen in a way that would cover only the period of the most important transformations. This revolutionary era was marked by the fall of the Mycenaean civilisation, the Hittite state and the Canaanite states. As a result of the transformations in the Aegean world there emerged the polis, and the Middle East saw the emergence of a new type of states – tribal/national territorial states and Phoenician city-states. This was also the period when alphabetic script became widespread and reached Greece.

The aim of the project is to look at mutual contacts between the Aegean and the Levant, and to analyse all transformations taking place at the time as inter-linked phenomena. The research is carried out on the basis of an analysis of archaeological, linguistic and historical data. In particular, the research team will focus on the role and mechanisms of supraregional contacts as well as their impact on the changes taking place at the time.

In addition, the project will include a genetic analysis of samples taken from human bone remains from archaeological sites in Greece and Israel. These analyses are to verify historical and archaeological hypotheses concerning the range and directions of migrations.