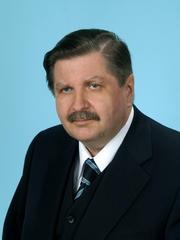 B. 1949; MA from the University of Warsaw; PhD 1979, post-doctoral degree (habilitacja) 1990 (also UW). Professor since 2006.
Has worked at the Institute of History, University of Warsaw, since 1972 as intern lecturer, assistant lecturer, senior assistant lecturer, assistant professor; associate professor since 1994, full professor since 2008. Director of the Centre de Civilisation Polonaise at Paris IV and professor at the Sorbonne in 1998-2001. Chair of the IH UW Advisory Board 2002-2008; Chair of the Deparment of Medieval History since 2005. Deputy editor-in-chief of Kwartalnik Historyczny.
Research interests: medieval history of Poland and the world, especially history of religion and culture.