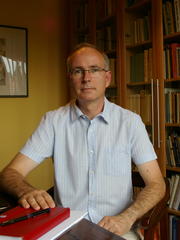 Has collaborated with museums in royal residences:

Research interests: relations between the media, especially French-speaking, and the propaganda of power centres in 18th century Europe; Polish-French relations in 17th-18th centuries; Poland during the reign of Stanisław August Poniatowski; France in the 17th and 18th centuries.